The Great Mughal Empire declined and disintegrated during the first half of the 18th century.

The Mughal Emperors lost their power and glory and their empire shrank to a few square miles around Delhi.

In the end, in 1803, Delhi itself was occupied by the British army and the pride of the Mughal Emperor was reduced to the status of a mere pensioner of a foreign power.

The decline of the Mughal Empire reveals some of the defects and weaknesses of India’s medieval social, economic, and political structure which were responsible for the eventual subjugation of the country by the English East India Company.

The unity and stability of the Empire had been shaken up during the long and strong reign of Aurangzeb; yet in spite of his many harmful policies, the Mughal administration was still quite efficient and the Mughal army quite strong at the time of his death in 1707.

Causes of Decline of the Mughal Empire

The beginning of the decline of the Mughal Empire can be traced to the strong rule of Aurangzeb.

Aurangzeb inherited a large empire, yet he adopted a policy of extending it further to the farthest geographical limits in the south at the great expense of men and materials.

In reality, the existing means of communication and the economic and political structure of the country made it difficult to establish a stable centralized administration over all parts of the country.

Aurangzeb’s objective of unifying the entire country under one central political authority was, though justifiable in theory, not easy in practice.

Aurangzeb’s campaign against the Marathas extended over many years; it drained the resources of his Empire and ruined the trade and industry of the Deccan.

Aurangzeb’s absence from the north for over 25 years and his failure to subdue the Marathas led to a deterioration in administration; this undermined the prestige of the Empire and its army.

Alliance with the Rajput rajas with the consequent military support was one of the main pillars of Mughal strength in the past, but Aurangzeb’s conflict with some of the Rajput states also had serious consequences.

Aurangzeb himself had in the beginning adhered to the Rajput alliance by raising Jaswant Singh of Kamer and Jai Singh of Amber to the highest of ranks. But his short-sighted attempt later to reduce the strength of the Rajput rajas and extend the imperials way over their lands led to the withdrawal of their loyalty from the Mughal throne.

The strength of Aurangzeb’s administration was challenged at its very nerve center around Delhi by Satnam, the Jat, and the Sikh uprisings.

They showed that the peasantry was deeply dissatisfied with feudal oppression by Zamindars, nobles, and the state.

Aurangzeb’s religious orthodoxy and his policy toward the Hindu rulers seriously damaged the stability of the Mughal Empire.

The Mughal state in the days of Akbar, Jahangir, and Shahjahan was basically a secular state. Its stability was essentially founded on the policy of noninterference with the religious beliefs and customs of the people, fostering friendly relations between Hindus and Muslims.

Aurangzeb made an attempt to reverse the secular policy by imposing the jizyah (tax imposed on non-Muslim people), destroying many of the Hindu temples in the north, and putting certain restrictions on the Hindus.

The jizyah was abolished within a few years of Aurangzeb’s death. Amicable relations with the Rajput and other Hindu nobles and chiefs were soon restored.

Wars of Succession and Civil Wars

Aurangzeb left the Empire with many problems unsolved, the situation was further worsened by the ruinous wars of succession, which followed his death.

In the absence of any fixed rule of succession, the Mughal dynasty was always plagued after the death of a king by a civil war between the princes.

The wars of succession became extremely destructive during the 18th century and resulted in great loss of life and property. Thousands of trained soldiers and hundreds of capable military commanders and efficient and tried officials were killed. Moreover, these civil wars loosened the administrative fabric of the Empire.

The mutual quarrels exhausted the Empire, affected its cohesion, led to its dismemberment, and, in the end, made it an easy prey to foreign conquerors.

The condition of the Indian peasant gradually worsened during the 17th and 18th centuries. Nobles made heavy demands on the peasants and cruelly oppressed them, often in violation of official regulations.

Many ruined peasants formed roving bands of robbers and adventurers, often under the leadership of the zamindars, and thus undermined law and order and the efficiency of the Mughal administration.

During the 18th century, the Mughal army lacked discipline and fighting morale.

Lack of finance made it difficult to maintain a large army. Its soldiers and officers were not paid for many months.

The civil wars resulted in the death of many brilliant commanders and brave and experienced soldiers. Thus, the army, the ultimate sanction of an empire, and the pride of the Great Mughals were so weakened that it could no longer curb the ambitious chiefs and nobles or defend the Empire from foreign aggression.

A series of foreign invasions affected Mughal Empire very badly. Attacks by Nadir Shah and Ahmad Shah Abdali, which were themselves the consequences of the weakness of the Empire, drained the Empire of its wealth, ruined its trade and industry in the North, and almost destroyed its military power.

The emergence of the British challenge took away the last hope of the revival of the crisis-ridden Empire.

For a better understanding (of the decline of the Mughal Empire), the subsequent lectures (kept under the following headings) describe feeble Mughal Emperors, their weaknesses, and faulty activities − 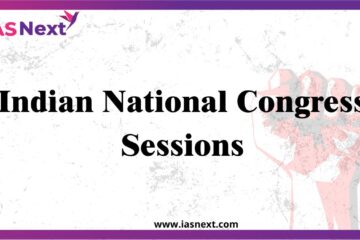 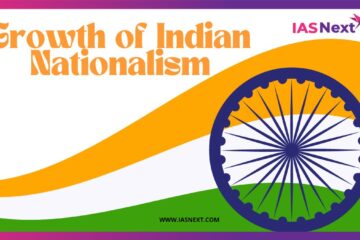 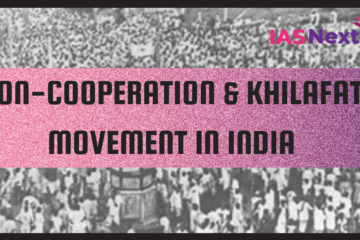