Some small surpluses, if any, are exchanged or bartered (exchange of a commodity for a commodity) or sold for cash in the neighboring markets. The shifting population is thus self-reliant with a high degree of economic independence and the resultant economy is almost static with little chance of rapid improvement

Shifting cultivation is called by different names in different parts of the world. It is generally known as ‘slash and burns’ and ‘bush fallow’ agriculture. It is variously termed as Ladcmg in Indonesia, Caingin in the Philippines, Milpa in Central America and Mexico, Ray in Vietnam, Conoco in Venezuela, Roca in Brazil, and Masole in Africa

It is also practiced in the highlands of Manchuria, Korea, and southwest China. It is known as Jhum or Jum in the hilly states of Northeast India, as Podu, Dabi, Koman or Bringa in Orissa, Kumari in the Western Ghats, and Watra in southeast Rajasthan, as Penda, Bewar or Dahia, and Deppa or Kumari in the Bastar district of Madhya Pradesh., absence of manuring, use of human labor only, employment of dibble stick or hoe, and a short period of occupancy alternating with long fallow periods. After two or three years the fields are abandoned, and the cultivators shift to another clearing, leaving the old one for natural recuperation. This explains the use of the term ‘shifting cultivation. It, however, does not imply that the homestead is also shifted to the new site along with the shifting cultivation. More often than not, the homesteads are not shifted. Shifting cultivation, though a rudimentary technique of land and forest resource utilization, represents an intricate relationship between the ecology, economy, and society of a region. The jhum fields, their surrounding forests, and natural areas provide two alternative sources of subsistence to the dependent population. In case the jhum crops are not good, the forests could be trapped by them for augmenting their food supplies. Moreover, the shifting cultivators keep pigs and swine which feed on vegetable wastes and inferior grains. The pig’s function as buffer stocks which are used during periods of scarcity
and they are also used at the time of festivals and feasts. Shifting cultivation is a great catalytic force for community life. In such societies, natural resources (land,
forests, water) belong to the community and not to the individuals. The social organization of the people is built around the concepts of community
ownership, community participation, and communal responsibility. The basic axiom of life is “from each according to his capacity and to each according to his
needs”. Thus, in a society of shifting cultivators, the old, infirm, women, widows and children have an equal share, and each member of the society plays a role
according to his physical and mental abilities.
In the hilly tracts of Northeast India, jhuming is the dominant economic activity. Over 86 percent of the people living in hills are dependent on shifting cultivation.
In 1980, about 1326 thousand hectares were under jhuming which increased to 1685 thousand hectares in 1990. At present (1994-95), about 1980 thousand hectares are affected by jhuming. The the distributional pattern of shifting cultivation in Southeast Asia. the jhum or forest blank areas of Northeast
India. It may be observed from Figure 5.5 that in Manipur, Mizoram, Meghalaya, Nagaland and Tripura there are vast tracts affected by jhum cultivation

Almost all over the tropical world, especially in the hilly tracts of the the northeastern region of India, agricultural operations in shifting cultivation is marked by the following stages:
(i) Selection of the forested hilly land
(ii) Clearing the forest tract by cutting down the jungle
(iii) Burning the dried forest wood into ashes
(iv) Worship and sacrifice
(v) Dibbling and sowing seeds
(vi) Weeding and protection of crops
(vii) Harvesting and thrashing
(viii) Merrymaking and feasts
(ix) Following

The usual process demands the selection of a plot on or near the hillside or jungle. The selection of land is made in the months of December and January by the village elders or clan leaders. The fertility of the soil is judged by the color and texture of soil. In some tribes, the community as a whole is collectively responsible
for the clearing of the selected piece of land while in others the cutting of trees and shrubs is made by the respective family to whom the land has been allotted. At
the time of allotment of land, the size and workforce of the family are taken into consideration.

The area allotted per family varies between half a hectare to one hectare among the different tribes, regions, and states. The land is cleared of all its undergrowth and
the branches of trees are lopped off. The cleared growth is allowed to dry on the field. This process of clearing which takes over a month is labor intensive, being undertaken with indigenous and primitive equipment.
The dried growths as well as the trees standing in the clearance are set on fire in March. The cultivators take care that the fire should not spread into the forest.
After the burning is complete, the un-burnt or partly burnt rubbish is collected in one place for the complete burning. The fire kills weeds, grasses, and insects.
Then, the ashes are scattered over the ground and dibbling of seeds begins in March before the advent of pre-monsoon rain.

Before sowing starts, evil spirits are worshipped and sacrifices are made for a good crop and the prosperity of the family. It is believed in the interior parts of the Garo
and Khasi hills that if the throat of a cock is half cut and left walking in the field and in the process it dies lying on its right, the field will bring a bumper crop and prosperity to the family and vice versa. But now sacrifice before sowing the crops is not a common practice.

ALSO READ:-The Industrial Policy of India
On the day of sowing which is a ceremonial day for the whole village, it is interesting to observe that the male members of each family on reaching the jhum field in the morning engage themselves in preparing the digging sticks. The seeds are sown either by broadcast or dibbling.
The dibbling and planting of seeds is an exclusive job of the female members. The male members broadcast seeds of crops like millets and small millets, whereas crops like maize, pulses, cotton, sesamum, and vegetables are dibbled by females. While dibbling the seeds, the woman walks over the field with a digging stick or
bill-hook in hand, make a hole in the ground, sow a few seeds and cover it over with earth by pressing it down with her toe.
At the advent of rain, the seeds begin to sprout. Thus, the soil is never plaugh and no artificial irrigation is made. After sowing the crop, the farmer pays cursory attention to the crop and removes weeds from the field. The crop is, however, protected from stray cattle and wild animals by fencing the fields with bamboo.
Many Jhumias construct a hut in the field to look after the crop properly.
Cropping Patterns in Jhuming:
So far as the cropping patterns in jhuming are concerned, the Jhumias adopt mixed cropping. The mixture of crops varies from tribe to tribe within a region.
The shifting cultivators grow food grains, vegetables, and also cash crops. In fact, the grower aims at growing in his jhum land everything that he needs for his family’s consumption. In other words, the choice of crop is consumption-oriented. Among the food grains the coarse varieties of rice, followed by maize, millet, Job’s tears, and small millets are the principal crops. Cotton, ginger, linseed, rapeseeds, sesamum, pineapple, and jute are the important cash crops grown in jhum fields.
Among the vegetables, soya-bean, potato, pumpkins, cucumbers, yams, tapioca, chilies, beans, onion, and arum are cultivated. Tobacco and indigo are also grown. By
and large, the cash crops are sold in the neighboring markets or to the middleman who is generally Marwaris.
In mixed cropping, soil-exhausting crops, e.g., rice, maize, millets, cotton, etc., and soil-enriching crops, e.g., legumes, are grown together. This practice has many
direct and indirect advantages. These crops harvest at different periods, thereby providing the tribes with varied food for nearly six to nine months in a year. The
same jhum land is cropped by the community for two or three years, thereafter, the land is abandoned to recuperate. Occasionally, some residual crops are collected from abandoned fields.
Jhum Cycle
The jhum cycle is influenced by the pressure of population, nature, the density of forests, terrain, angle of slope, texture of the soil, and the average annual rainfall.
Areas with a sparse population generally have a longer jhum cycle (15-25 years), while areas with a high density of population have shorter jhum cycles (5-10 years).
The patches of land for shifting cultivation are not selected in any given order or sequence. There is always room for choice. The period of consecutive cropping and following differs from region to region and from tribe to tribe. We do not know after what length of time the primitive inventor of shifting cultivation had to come back to the same plot because he had vast areas to move about.
But our present generation, with the increase in population and being somewhat staked down to smaller areas, a shifting cultivator has not got many choices left to
shift about. His world has become small, he has to be content moving about in narrow circles and the circle is becoming increasingly smaller with the passage of
time.
In brief, in the earlier decades, the period before which the Jhumias returned to cultivate the same plot was quite long. This was partly due to the limited population and partly to the better fertility of the soil which used to be rested for nearly thirty to forty years.

The period of consecutive cropping also varies from tribe to tribe. In Arunachal Pradesh, for example, a clearing is generally cultivated for two years. As one patch
every year is abandoned, a new patch is cleared. Thus, two patches are cultivated simultaneously every year, and these two patches are generally quite at a distance
from each other.
This involves a long arduous journey to and from the field. The jhum cycle, the period of occupancy and duration of following some of the tribes of the hilly tracts of northeast India have been given in Table 5.1. An examination of data shows that excepting Idu-Mismi (Lohit district), Lotha, Rengma, Sema (Nagas),
Lushai (Mizoram) and Sherdukpen (Kemang) most of the tribes of the region occupy jhum land for sowing only for one year.
The main cause of abandoning the fields is the rapid depletion of the soil. The following period is less than fifteen years. In the territories of Aos, Kha- sis, Mikirs,
Jaintias, Garos, Semas, and Hmars, it is less than eight years. The tribes in which the jhum cycle is around five years are facing serious problems of
undernourishment and their ecosystems are fast losing their resilience characteristics.

Shifting Cultivation: Problems and Prospects:
Clearing jungles is the prerequisite for shifting. The felling of trees and clearing of bushes, however, accelerate soil erosion and accentuate variability of rainfall which may lead either to droughts or floods. The overall impact is the decline in soil fertility. The ecosystems lose their resilience characteristics. The population
dependent on shifting cultivation faces a shortage of food, fuel wood, and fodder. Consequently, the nutritional standard goes down. These processes culminate in
social poverty and ecological imbalance. 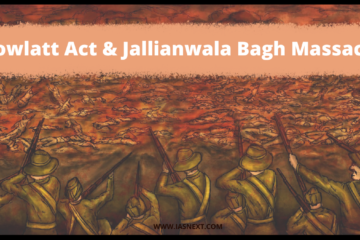 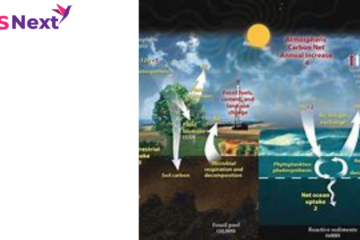 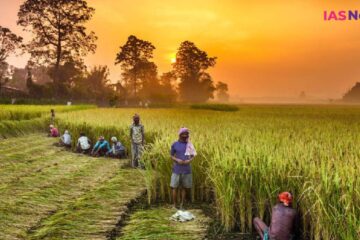