The Non – Cooperation Movement has had four main causes:

On April 13, 1919, a large but unarmed crowd gathered at Amritsar in the Jallianwala Bagh to protest the arrest of their popular leaders, Dr. Saifuddin Kitchlew and Dr. Satyapal.

However, this unarmed crowd of women and children, among others, was fired mercilessly with rifles and machine guns on General Dyer’s orders. Thousands of people have been killed and injured.

Martial law was proclaimed throughout Punjab after this massacre and the people were subjected to the most uncivilized atrocities.

In order to investigate the Jallianwala Bagh incident and the role of General Dyer, the British government set up the Inquiry Disorders Committee, popularly known as the Hunter Committee after its chairman Lord William Hunter. While the Hunter Committee held General Dyer responsible for the Jallianwala Bagh massacre, it upheld his reasons for ordering the firing on the unarmed crowd as well as for imposing martial law in Punjab.

The people of India, due to their clear biases, did not accept the recommendations of the Hunter Committee.

There has been unrest among the masses to ensure justice for the wrongs of Punjab has been delivered..

2.  Unhappiness with the reforms in Montagu – Chelmsford

The 1919 Government of India Act was enacted based on the 1918 Montagu – Chelmsford proposals recommendations. This Act introduced the ‘ Dyarchy ‘ system and divided topics into lists – Reserved and Transferred.

Indian nationalists, however, had gone far beyond such stopping concessions. The Indian National Congress met under Hasan Imam’s presidency at a special session in Bombay in August 1918 and condemned the reforms of Montagu – Chelmsford and instead called for effective self-government.

The government enacted the 1919 Anarchical and Revolutionary Crimes Act, popularly called the Rowlatt Act, based on the findings of the Rowlatt Committee.

This act allowed the government to imprison any person suspected of terrorism for a maximum period of two years without trial.

The government passed Montagu Chelmsford Reforms and Rowlatt Act in succession, which were part of the British Carrot and Stick policy. This action gave the movement a new direction. At all levels of India, Gandhi organized mass protests.

The Khilafat Movement, which began in 1919, brought the Muslims and the Hindus on a common platform against British rule and was the most important cause of the Non – Cooperation Movement.

Turkey had aligned itself in the First World War with Germany – led Axis powers that were defeated by Great Britain – led Allied powers.

The politically – conscious Muslims were critical of the British and their ally’s treatment of the Turkish (Ottoman) Empire that had divided it and properly removed Thrace from Turkey.

The Muslims also regarded the Sultan of Turkey as the Caliph or the religious head of the Muslims and they strongly felt that his position over the Muslim religious places should not be undermined.

Under the leadership of the Ali Brothers (Maulana Mohammed Ali and Maulana Shaukat Ali), Maulana Azad, Hakim Ajmal Khan, and Hasrat Mohani, and countrywide Khilafat agitation, a Khilafat Committee was soon formed. The All – India Khilafat Conference held in November 1919 in Delhi decided to withdraw all government cooperation if the government did not meet its demands.

Mahatma Gandhi saw the Khilafat agitation as “an opportunity not to unite Hindus and Muslims in a hundred years’ time. “Also, the Muslims League gave full support to the National Congress and its political agitation.

In early 1920, Gandhi declared that the Khilafat question overshadowed the constitutional reforms and the Jallianwala massacre and announced that he would lead a non – cooperation movement if the terms of peace with Turkey did not satisfy the Indian Muslims.

The launch of the Non-Cooperation Movement

The above-mentioned causes resulted in unrest among the masses anxious to take political action against the British government. The only added fuel to the fire was the economic hardship suffered by ordinary Indians. On August 1, 1920, the Non – Cooperation Movement was officially launched.

Following changes to the Indian National Congress Constitution at the December 1920 Nagpur Session:

Together with the Ali brothers, Mahatma Gandhi undertook a nationwide tour of numerous student and political worker rallies and meetings.

The educational boycott in Bengal was especially successful. C.R Das played an important role in promoting the movement and Subhash Bose became the head of the Calcutta National Congress.

The other successful boycott observed was lawyers such as C.R Das, Motilal Nehru, M.R Jaykar, Saifuddin Kitchlew and others boycotting the law courts.

However, the Non – Cooperation Movement’s most successful item was the foreign cloth boycott.

A major form of the boycott was also the picketing of shops selling foreign cloth. Liquor shops were also picketing.

Gandhi and Congress put a lot of stress on handspun Khadi in support of domestic textiles. Charkhas were widely popularized and khadi became the national movement’s uniform.

In July 1921, at the All India Khilafat Conference in Karachi, Mohammed Ali declared that continuing in the British Army was ‘ religiously unlawful for the Muslims.

Gandhi repeated Mohammed Ali’s exhortation, adding that every civilian and army member should sever links with the repressive British government.

A movement against Union board taxes has been launched in the Midnapore district of Bengal. No-tax movements were also organized in the Andhra district of Guntur in Chirala – Pirala and Pedanandipadu taluka.

In U.P, where a powerful Kisan Sabha movement was underway, Jawaharlal Nehru led the non – cooperation movement among others.

The Non – Cooperation and Khilafat propaganda in the Malabar region of Kerala helped to arouse Muslim tenants, called the Moplahs, against their renters, but the movement sometimes took on a common color.

End of the Non-Cooperation Movement

While in 1921 the Non – Cooperation Movement was in full steam, the masses were awakened from their slumber and the grass root workers of Congress, as well as the leadership, were asking Mahatma Gandhi to launch the next phase of mass civil disobedience.

Gandhi announced that massive civil disobedience would begin in the Bardoli Taluka district of Surat and that all other parts of the country should cooperate by maintaining total discipline and silence in order to concentrate the entire attention of the movement on Bardoli.

However, the Chauri Chaura incident occurred before mass civil disobedience could be launched.

A Congress-Khilafat procession took place at Chauri Chaura in the U.P. district of Gorakhpur on February 5, 1922. Irritated by some policemen’s behavior, they were attacked by a crowd section. The police opened fire on the unarmed procession in retaliation. Instigated by this, the whole procession attacked the police and the mob set fire to the building when the police hid inside the police station. The cops who were trying to escape were hacked into pieces and thrown into the fire. In the Chauri Chaura incident, 22 police officers were killed.

Gandhi was profoundly disturbed by the Chauri Chaura incident news. Gandhi decided to withdraw the movement because it violated the strict condition of non-violence that he had set for the launch of the civil disobedience phase and the continuation of the non – cooperation movement.

Impact of the Non-Cooperation Movement

Despite the failure of the Non – Cooperation Movement to achieve its primary goal of Swaraj, it has succeeded on many other counts highlighted below: 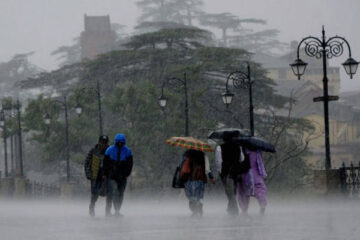 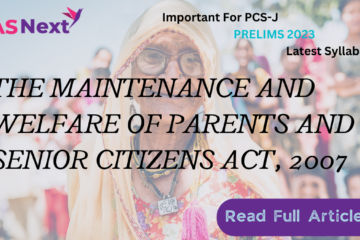 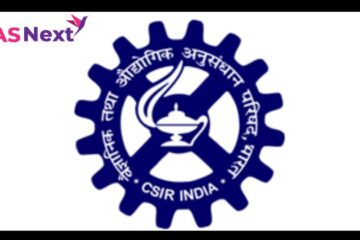