It was the first expression of organized resistance against the British East India Company. It began as a revolt of the sepoys of the British East India Company’s army but eventually secured the participation of the masses. The revolt is known by several names: The Sepoy Mutiny (by British Historians), the Indian Mutiny, the Great Rebellion (by Indian Historians), the Revolt of 1857, the Indian Insurrection, and the First War of Independence (by Vinayak Damodaran Savarkar)

Causes of The Revolt

The British policy of expansion: The political causes of the revolt were the British policy of expansion through the Doctrine of Lapse and direct annexation. A large number of Indian rulers and chiefs were dislodged, thus arousing fear in the minds of other ruling families who apprehended a similar fate.
Rani Lakshmi Bai’s adopted son was not permitted to sit on the throne of Jhansi. Satara, Nagpur, and Jhansi were annexed under the Doctrine of Lapse. Jaitpur, Sambalpur, and Udaipur were also annexed.

The annexation of Awadh by Lord Dalhousie on the pretext of maladministration left thousands of nobles, officials, retainers, and soldiers jobless. This measure converted Awadh, a loyal state, into a hotbed of

The doctrine of lapse:
▪ The notable British technique called the Doctrine of Lapse was first perpetrated by Lord Dalhousie in the late 1840s.
▪ It involved the British prohibiting a Hindu ruler without a natural heir from adopting a successor and, after the ruler died or abdicated, annexing his land.
▪ To those problems added the growing discontent of the Brahmans, many of whom had been dispossessed of their revenues or had lost lucrative positions.

Social and Religious Cause

The rapidly spreading Western Civilisation in India was an alarming concern all over the country. An act in 1850 changed the Hindu law of inheritance enabling a Hindu who had converted to Christianity to inherit his ancestral properties.

The people were convinced that the Government was planning to convert Indians to Christianity. The abolition of practices like sati and female infanticide, and the legislation legalizing widow remarriage, was believed as threats to the established social structure.

Introducing western methods of education was directly challenging the orthodoxy of Hindus as well as Muslims Even the introduction of the railways and telegraph was viewed with suspicion.

Revolt of 1857
In rural areas, peasants and zamindars were disturbed by the heavy taxes on land and the stringent methods of revenue collection followed by the Company. Many among these groups were unable to meet the heavy revenue demands and repay their loans to money lenders, eventually losing the lands that they had held for generations.
Large numbers of sepoys belonged to the peasantry class and had family ties in villages, so the grievances of the peasants also affected them. After the Industrial Revolution in England, there was an influx of British manufactured goods into India, which ruined industries, particularly the textile industry of India.
Indian handicraft industries had to compete with cheap machine-made goods from Britain.

The Revolt of 1857 began as a sepoy mutiny: Indian sepoys formed more than 87% of the British troops in India but were
considered inferior to British soldiers. An Indian sepoy was paid less than a European sepoy of the same rank. They were required to serve in areas far away from their homes.
In 1856 Lord Canning issued the General Services Enlistment Act which required that the sepoys must be ready to serve even in British land across the sea.

The Revolt of 1857 eventually broke out over the incident of greased cartridges. A rumor spread that the cartridges of the new Enfield rifles were greased with the fat of cows and pigs.

Before loading these rifles, the sepoys had to bite off the paper on the
cartridges. Both Hindu and Muslim sepoys refused to use them. In March 1857, Mangal Pandey, a sepoy in Barrackpore, had refused to use the cartridge and attacked his senior officers. He was hanged to death on 8th April. On 9th May, 85 soldiers in Meerut refused to use the new rifle and were sentenced to ten years imprisonment.

Lord Canning
Charles John Canning was the statesman and governor-general of India during the
Indian Mutiny of 1857.
He became the first viceroy of India in 1858.
The important events during his tenure include:
• The Mutiny of 1857, which he was able to suppress successfully
• Passing of the Indian Councils Act, of 1861 which introduced a portfolio system in India
• Withdrawal of “Doctrine of Lapse” which was one of the main reasons for the mutiny
of 1858
• Introduction of Code of Criminal Procedure
• Enactment of the Indian High Courts Act
• Indian Penal Code (1858)

Centers of The Revolt
The revolt spread over the entire area from the neighborhood of Patna to the borders of Rajasthan. The main centers of revolt in these regions namely Kanpur, Lucknow, Bareilly, Jhansi, Gwalior, and Arrah in Bihar. Lucknow: it was the capital of Awadh. Begum Hazrat Mahal, one of the begums of the ex-king of Awadh, took up the leadership of the revolt. Kanpur: the revolt was led by Nana Saheb, the adopted son of Peshwa Baji Rao II.

Then Canning was the statesman and governor-general of India during the Indian Mutiny of 1857.
He became the center of The Revolte the first viceroy of India in 1858. The important events during his tenure include:
• The MutiCentres of The Revolt of 1857, which he was able to suppress successfully
• Passing of the Indian Councils Act, of 1861 which introduced a portfolio system in India
• Withdrawal of “Doctrine of Lapse” which was one of the main reasons for the mutiny
of 1858
• Introduction of Code of Criminal Procedure
• Enactment of the Indian High Courts Act
• Indian PenalCode (1858Centers of The Revolt

Lord Canning
Charles JThe revolt spread over the entire area from the neighborhood of Patna to the borders of Rajasthan. The main centers of revolt in these regions namely Kanpur, Lucknow, Bareilly, Jhansi, Gwalior, and Arrah in Bihar. Lucknow: it was the capital of

Nana Saheb Peshwa II (19 May 1824 – 24 September 1859), born Dhondu Pant, was an Indian Peshwa of the Maratha empire, aristocrat, and fighter, who led the rebellion in Kanpur (Kanpur) during the Indian Rebellion of 1857. … He later disappeared, after his forces were defeated by a British force that recaptured Kanpur

Nana Saheb escaped but his brilliant commander Tantia Tope continued the struggle. Tantia Tope Ramachandra Pandurang Tope was finally defeated, arrested, and hanged. Jhansi: the twenty-two-year-old Rani Lakshmi Bai led the rebels when the
British refused to accept the claim of her adopted son to the throne of Jhansi. She fought against the British forces but was ultimately defeated by the English. Gwalior: After Rani Lakshmi Bai escaped, she was joined by Tantia Tope and
together they marched to Gwalior and captured it. Gwalior was recaptured by the British. Bihar: the revolt was led by Kunwar Singh who belonged to a royal house of Jagdispur, Bihar.

Suppression and The Revolt

The Revolt of 1857 lasted for more than a year. It was suppressed by the middle of 1858. On July 8, 1858, fourteen months after the outbreak at Meerut, peace was finally proclaimed by Lord Canning.

Why did the Revolt Fail?

Limited uprising: although the revolt was fairly widespread, a large part of the country remained unaffected by it.
The revolt was mainly confined to the Doab region, Sind, Rajputana, Kashmir, and most parts of Punjab. The large princely states, Hyderabad, Mysore, Travancore, and Kashmir, as well as the smaller ones of Rajputana, did not join the rebellion
The southern provinces did not take part in it.

No effective leadership: the rebels lacked an effective leader. Although Nana
Saheb, Tantia Tope, and Rani Lakshmi Bai were brave leaders, they could not
offer effective leadership to the movement as a whole.
Limited resources: the rebels lacked resources in terms of men and money.
The English, on the other hand, received a steady supply of men, money, and
arms in India.
No participation of the middle class: The English-educated middle class, the
rich merchants, traders, and zamindars of Bengal helped the British to suppress
the revolt.

Results of The Revolt

End of company rule: the great uprising of 1857 was an important landmark in the history of modern India.
The revolt marked the end of the East India Company’s rule in India.
Direct rule of the British Crown: India now came under the direct rule of the British Crown. This was announced by Lord Canning at a Durbar in Allahabad in a proclamation issued on 1 November 1858 in the name of the Queen.
The Indian administration was taken over by Queen Victoria, which, in effect, meant the British Parliament.

The India office was created to handle the governance and administration of the country. Religious tolerance: it was promised and due attention was paid to the customs and traditions of India. Administrative change: The Governor General’s office was replaced by that of the Viceroy. The rights of Indian rulers were recognized. The Doctrine of Lapse was abolished. The right to adopt sons as legal heirs were accepted. Military reorganization: the ratio of British officers to Indian soldiers increased but the armory remained in the hands of the English. It was arranged to end the dominance of the Bengal army. 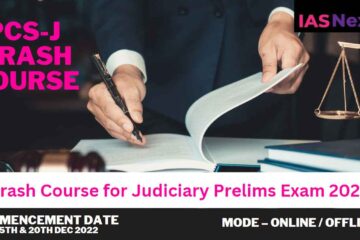 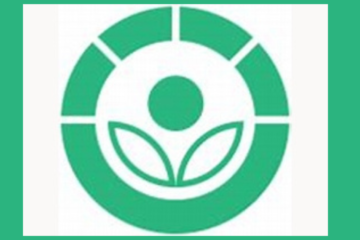 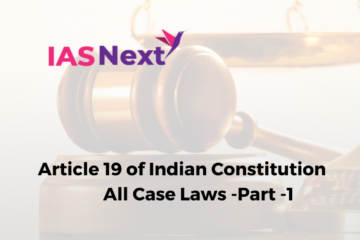