What Is A Carbon Sink?:- The carbon cycle forms an important part of life on Earth and the way in which living things interact with one another. Carbon is essential to all life and can be found in all living things, from humans to plants, to our food, and the air we breathe. Carbon is also a leading element in a lot of our industries. Simply put, without carbon, life on Earth would not survive. This is why the carbon cycle and understanding the hope to keep that cycle in balance, is essential.

Diagrammatic representation of the carbon cycle.

Carbon is the fourth most common element in the universe. The majority of carbon on earth is within the Earth’s crust, or lithosphere more generally, but it can also be found in all other spheres of the earth: the atmosphere, the hydrosphere (i.e. oceans and bodies of water), and the biosphere, which includes all living things.

Occurrence Of Carbon In Nature

Less natural things, such as fossil fuels and pollutants, are also high in carbon. The carbon cycle is the process by which carbon is shifted from one reservoir to another. The process of photosynthesis uses carbon dioxide to help plants synthesize food. This transfers the carbon dioxide from the atmosphere, into the plant. The plant then releases oxygen. The plant generally then holds this carbon dioxide all of its living life. When the plant dies, the carbon transfers to the soil. As the plant then continues to decompose, the carbon molecules are released back into the atmosphere.

Carbon also exists in oceans and water sources, where it can be ingested by marine and aquatic animals. Plants can also be eaten, whereby the carbon is transferred to animals, or these animals can transfer their carbon to humans. Similarly, when animals die in the wild, the carbon is again released. Sometimes, though, these animals decompose into the soil where they become sediments, thereby trapping the carbon. This carbon and organic matter undergoes pressure over time and will become rocks and minerals.

Fossil fuels were created in much the same way, where organic matter became trapped in the earth, and decomposed into pockets of carbon-based fuels. When these fuels are burned, large amounts of carbon and carbon gases are released back into the atmosphere.

What Is A Carbon Sink?

The main example or type of carbon sink is a forest. Areas of large vegetation serve as filter-like carbon sinks and pull carbon – in this case, carbon dioxide – from the air. Forest, or plants in general, are considered natural carbon sinks, and they are part of the Earth’s natural balance of life and elements on our planet. Trees specifically absorb as much as 20 tons of carbon dioxide per hectare each year.

Rainforests of the world are major carbon sinks.

As the plants and trees in a forest grow, they need carbon dioxide, water, and sunlight in order for photosynthesis to occur. During this process, stomas on the leaves of plants and trees absorb carbon dioxide from the atmosphere and convert it, along with the water and sunlight, into sugars which the plant uses to grow. This carbon then becomes part of the plant, which maintains the carbon and releases oxygen gas. This process of absorbing carbon is what makes plants, and more specifically forests, carbon sink. Large quantities of carbon are taken in, but only minimal amounts are released, as generally the carbon is maintained until the plant’s death. In the case of most trees, this is many decades.

Like in the case of forests, oceans are known as carbon sinks due to the fact that they absorb large amounts of carbon dioxide. Like on land, plants – like algae and marine kelps, absorb carbon dioxide and produce oxygen as a by-product. The ocean itself also absorbs carbon dioxide molecules from the atmosphere through a process of diffusion, which is integral to the water cycle. The carbon dioxide is then in the shallow parts of the Earth’s oceans and seas, where waves and turbulence can push it into the deeper waters. The Earth’s seas and oceans take in about 25 percent of the carbon created by fossil fuels. While the process of carbon absorption by an ocean carbon sink is natural, an increase in fossil fuels and carbon in the atmosphere means more carbon dioxide in the seas. The Earth’s oceans have become more and more acidic over time due to the increases in carbon dioxide in its waters.

Carbon is also absorbed by the earth and soil that covers this planet. This primarily occurs during plant death. The process of decomposition breaks down the plants and releases the stored carbon dioxide, and carbon molecules back into the soil. Over time and under great pressure the carbon within the soil can create fossil fuels or certain types of rocks and minerals.

Volunteers are busy planting trees. Reforestation is one of the ways to increase the impact of carbon sinks.

Maintaining the balance of carbon in the carbon cycle, and the Earth more generally is vital to keeping the planet healthy. For this reason, there has been some work done on creating and maintaining carbon sinks. Focusing on sustainable forest management protecting parks and forested areas helps to ensure that the carbon sinks which do exist, continue to be able to do their job in filtering carbon from the air. Similarly, cutting down on deforestation, and focusing on replanting and maintaining current forests helps keep the scale in balance.

Stimulating plant growth is important even outside of reforestation. In oceans, adding iron-bonded molecules to open seas helps to encourage the growth of marine plants which can absorb excess carbon dioxide.

Switching to renewable energies by reducing fossil fuel usage is a way of reducing carbon dioxide in the atmosphere.

As the increase in carbon on Earth and specifically in the Earth’s atmosphere grows, impacts can be seen around the world. Oceans are becoming more acidic, which can be highly detrimental to many marine species which cannot thrive in such waters. Additionally, increased carbon in the atmosphere is serving to raise the temperature in many areas, and throw the balance of Earth’s ecosystems off. The rising temperatures affect plant and animal life worldwide.

Reducing the use of fossil fuels is one of the key ways the carbon cycle can be balanced. Fossil fuels take thousands of years to form, but due to advanced technologies, these fuel deposits can be accessed and mined significantly faster than they can be formed. Alternative energy sources such as solar, wind, or electricity can ease the pressure off fossil fuels, and instead, offer alternatives that are greener for the environment.

Similarly, changes to industry and agricultural processes can also reduce carbon dioxide emissions. Organic farming also focuses on sustainability and a reduction of emissions. Processes such as crop rotation and no-tilling agriculture have been said to reduce carbon emissions by roughly 50 percent. 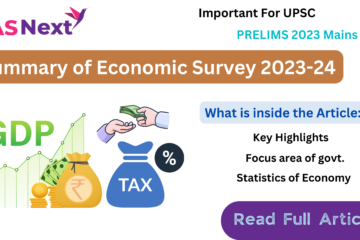